How to Fight Poverty Through Full Employment

One of the most effective ways to combat poverty among current and future generations is to maintain a full employment economy. The point should be straightforward: when the labor market is strong, or "tight," it offers increased employment opportunities for those at the bottom. Disadvantaged workers are not only more likely to find employment in a tight labor market, they are also in a better position to secure higher wages as employers are forced to compete for labor. This can allow millions of workers the opportunity to raise themselves and their families out of poverty.

We got a chance to see this story in practice in the boom of the late 1990s, when the unemployment rate fell to its lowest levels in almost three decades, settling at a year-round average of four percent in 2000, the peak year of the boom. In this period, wages rose rapidly at all points along the income distribution, with workers at the bottom of the ladder actually achieving the largest gains.

Finally, we can move towards full employment by reducing the supply of labor, specifically by lowering the average number of hours that people work. It used to be the case that workers took a portion of the benefits of productivity growth in the form of more leisure. While that has not been true in the United States to any great extent over the last four decades, workers in other wealthy countries have continued to see reductions in the length of the average work year and/or workweek.

Indeed, across Europe, four to six weeks of paid vacation annually is standard. Workers have paid sick days as well. By reducing the number of hours per worker, there is increased demand for more workers. This story explains how Germany managed to lower its unemployment rate in between 2008 and 2009 even though it experienced a more severe recession than did the United States. By promoting policies that spread work among more workers, the government can hope to create a tighter labor market, which will also give workers the bargaining power they need to obtain higher wages.

Although full employment is not the complete solution to poverty, reaching it would go a long way. It should also be an area of bipartisan agreement. After all, conservatives are supposed to like the idea of people working hard to lift themselves up. But they can only work hard if jobs are available, and they can only lift themselves up if their wages are just.

[NJFAC] Another year, another increase in inequality


This report,, which you can download all of by clicking, shows how wage inequality is growing.

--
This list is only for announcements, so you may not post. To contact the list manager, write to njfac [at] njfac.org
---
You received this message because you are subscribed to the Google Groups "goodjobs" group.
To unsubscribe from this group and stop receiving emails from it, send an email to goodjobsforall+unsubscribe@googlegroups.com.
For more options, visit https://groups.google.com/d/optout.
Posted by Chuck Bell at 3:19 PM

You may be aware of the broohaha about Bernie Sanders' economic projections. (This debate is not about political possibilities; it's about whether the numbers make sense.) Bernie wants progressive taxation, Medicare for all, and a lot of federal spending. He wants rapid economic growth. Economist Gerald Friedman ran the numbers and said they made sense. James K. Galbraith agreed. But Paul Krugman and other mainstream economists, including three who directed Obama's Council of Economic Advisors (Alan Krueger, Austan Goolsbee, and Christina Romer) have attacked the Sanders' program as unrealistic and even dangerous. For example, they argue that we cannot grow the labor force as fast as Bernie wants to.


But what is the situation Americans confront today? We've had growth in jobs and incomes since the recession, but mostly anemic rates of economic growth and few gains for income equality. It is common knowledge that people in the lower 50% are still doing worse than before the recession. Poverty rates are high and there's a lot of hidden unemployment out there. Six million part-time workers want full-time jobs and cannot find them. Another twelve million people have no jobs but want one.


So millions of Americans have been left behind, and not just in the last few years. Wage stagnation is a forty-year problem. So why not propose really big spending with a left-liberal twist? Obama's stimulus program kept the world economy from falling into a Great Depression; but it was too small. In 1933-37, government spending helped to create 8 million jobs; but it did not end the Great Depression. But 1940-1945 was another story: giant spending increases and massive deficits wiped out unemployment. In our time, why not plan something adequate to the task? Start with a plan for five years of 5% economic growth and make it growth that adds good jobs.


Are the centrist economists who went after Bernie just too moderate, too "responsible?" I recall that Mr. Krueger used economic research to conclude that a $12 minimum wage was OK, but $15 would harm the economy. Something like that. In effect, he was saying that we could not lift people a little more, even to a sub-poverty annual income of $30,000.


Do Krugman, Krueger, and friends want to cure poverty and raise incomes for the lower 50%? Is so, what is their method? More free enterprise? It's rarely worked in the last forty years. How about interest rates even lower than they are now and more risky loans to homeowners? That brought the Great Recession. A little more government spending?  Not good enough.


Why not a program that can actually do the job--something that can push poverty rates down for good and put wages permanently on the road to recovery? Bernie has a plan to do it. No one else does.


There's plenty to read on the kerfuffle around Bernomics. You can easily find James K. Galbraith's brief defense, and here is a short piece by Kevin Drum: On Second Thought, Maybe Bernie Sanders' Growth Claims Aren't As Crazy As I Thought. The Sanders "Economic Plan" Controversy , by Dave Johnson and Chris Sturr, reviews the controversy and has more links than most of us will need.

--
This list is only for announcements, so you may not post. To contact the list manager, write to njfac [at] njfac.org
---
You received this message because you are subscribed to the Google Groups "goodjobs" group.
To unsubscribe from this group and stop receiving emails from it, send an email to goodjobsforall+unsubscribe@googlegroups.com.
For more options, visit https://groups.google.com/d/optout.
Posted by Chuck Bell at 3:44 PM 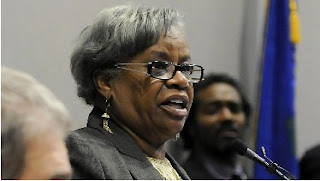 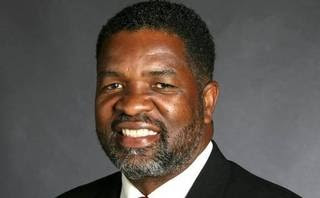