[NJFAC] health spending and life expectancy: The US is an outlier

The link between health spending and life expectancy: The US is an outlier August 03, 2016 by Max Roser 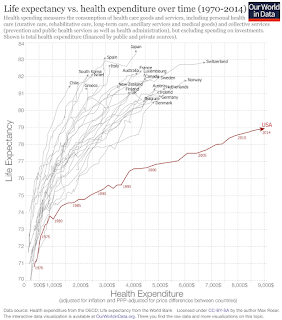 [NJFAC] Do Skill and School Deficits Explain Why We Don’t Have Enough Good Jobs?

The Lumpenproletariat is expanding. http://www.bloomberg.com/news/articles/2016-07-20/a-164-year-old-idea-helps-explain-the-huge-changes-sweeping-the-world-s-workforce
....
Fast forward more than a century and a half and the idea of Lumpenproletariat — or those stranded between traditional social strata and professions — is gaining fresh relevance. While Karl Marx writing in the 19th century included a now-quaint list of disparate characters he thought were unlikely to be of much use in the revolutionary struggle, the displaced and despised class was born out of the first and second industrial revolutions.

Today's modern parallel to porters, tinkers, and the "ruined and adventurous offshoots of bourgeoisie," might well be the growing mass of Uber Inc. drivers, temporary contractors and angry white men: the "Trumpenproletariats," according to a new note by Macquarie Group Ltd. analysts.

Whichever name one chooses to describe the sweeping structural changes taking place across the world's workforce, they are undeniably upon us — borne out in persistently low labor productivity, the stubborn decline of manufacturing, and growing global income inequality.

Macquarie Analysts Viktor Shvets and Chetan Smith use Marx, and data from the Bureau of Labor Statistics (BLS), to highlight the extent to which the U.S. workforce is shifting towards the modern equivalent of Lumpenproletariat — in other words, how people are moving toward more transitory occupations. Unlike their 19th century forerunners, however, the 21st century Lumpenproletariat may prove more bitter, and less boheme.....